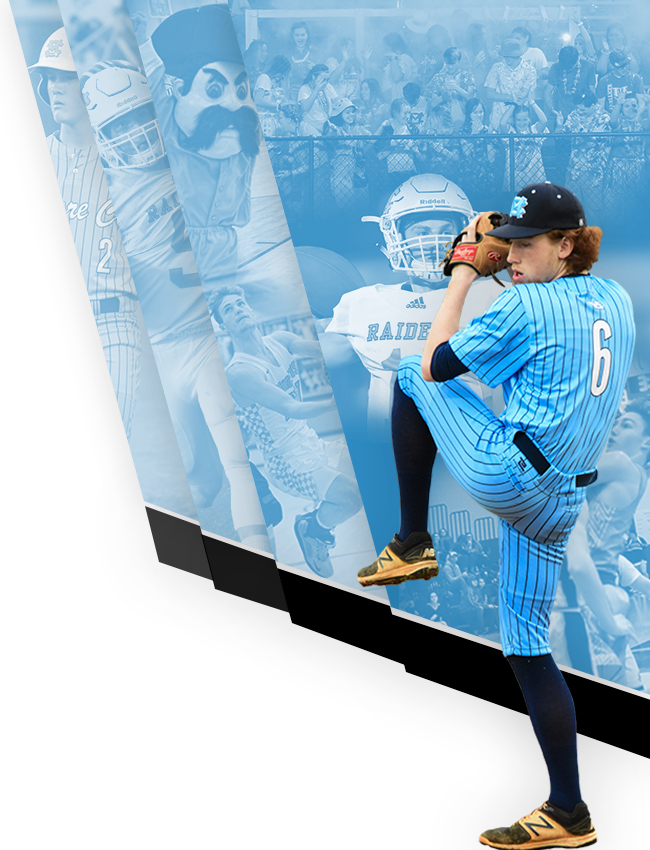 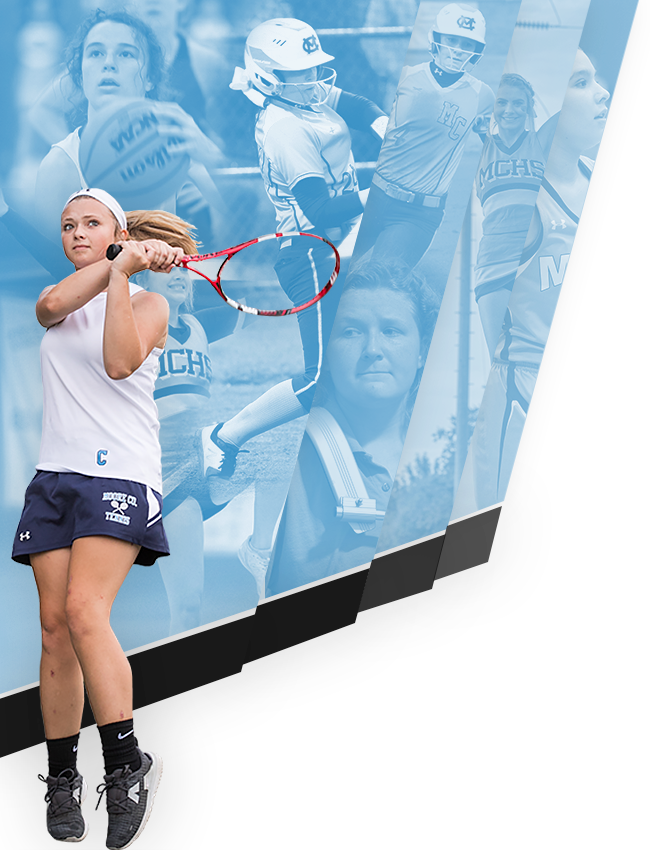 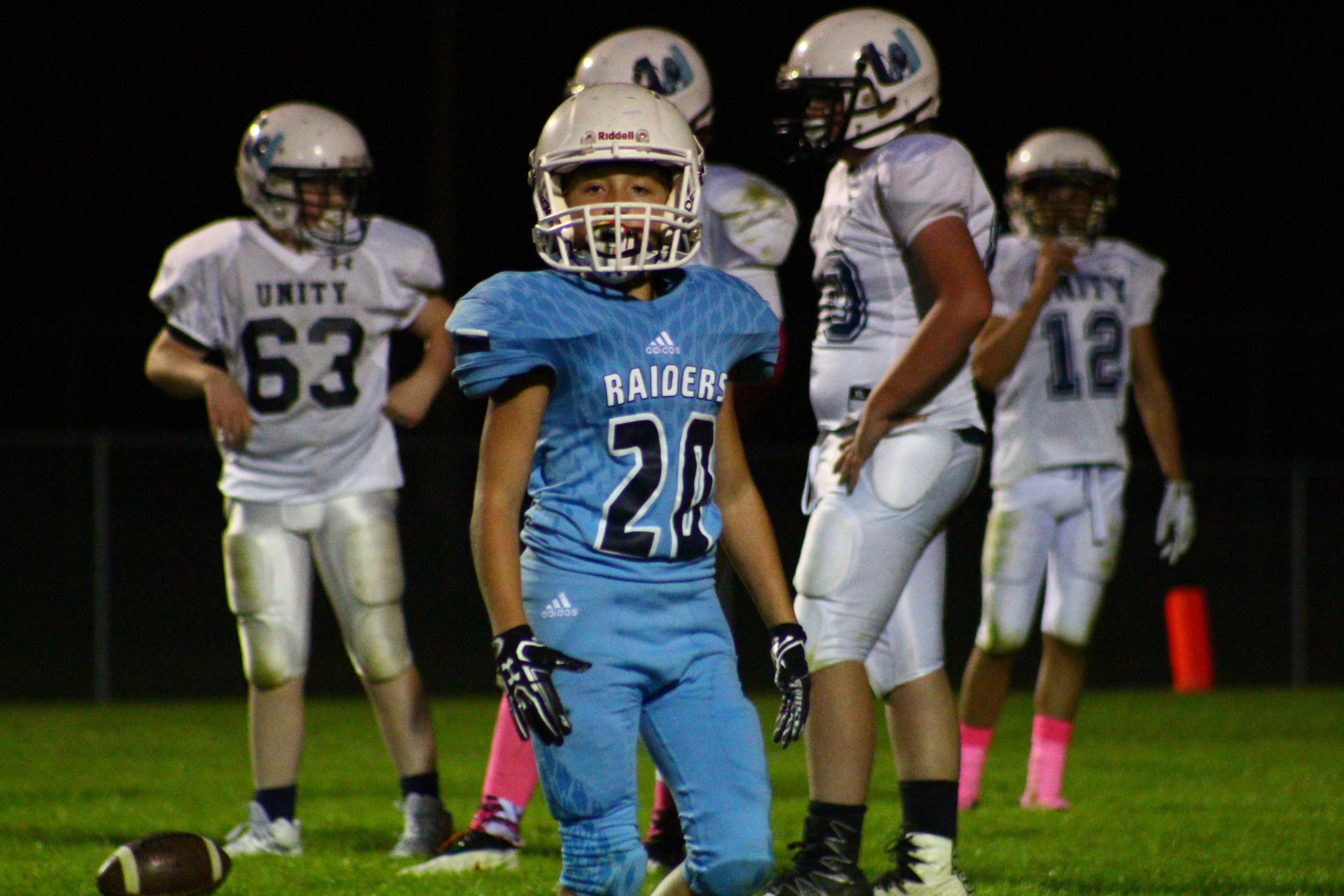 The Raiders took on opponent, Unity, to kick off their 8th grade night game. This game, for the Raiders, was a lot closer than people expected, but they pulled through to seal the win at home.

To start the first quarter, Unity received the ball, and shortly after piled up two large gains to put them in the red zone. However, the Raiders, although bending, did not break as they forced a failed 4th and 7 attempt and took over possession of the ball. Carter fires a swing pass to Cashion to start off the drive who trucks over 3 defenders for 10.

Following the pass, Carter picks up two large gains putting the Raiders in scoring territory. However, a fumble stops the Raiders drive short and Unity takes back control. Following the turnover, the Raiders give up a 15 yard gain, but retaliate with a forced fumble and recover. Unfortunately, the offense could not get going and they were forced to punt. Shortly later, on the Raiders next possession they were forced to punt again. Following the punt, Dillon Sherril breaks through for a Raider sack pushing Unity deep into their own territory, but they come back with a 70 yard touchdown run and a 2 point conversion. This gave them the lead 8-0

Moore County, out of half-time, came out receiving the ball looking to cut into the deficit they had been put in, and that is what they did. Carter took over for a 55 yard touchdown to give the Raiders life, but the 2 point conversion was denied and they still trail 8-6 with 7:05 in the 3rd. Following this big play, the Raiders seemed to have gained a new fire as the big plays began to come. In back to back plays Landon Smith and Dillon Sherril got tackles for loss, leading to a turnover on downs for Unity and the Raiders retaining possession. Following the turnover, Carter fired a pass to Cashion for a 22 yard touchdown putting them up 12-8 with 4:37 left in the third. However, Unity responded quickly with another 70 yard touchdown run pushing them ahead 14-12. In an attempt to take back the lead, the Raiders took the field again after a big return from Cashion. Carter, to start the drive, throws a touchdown to Landon Smith but it is called back. This forces the Raiders to a 4th and 5 in which Carter scrambles to convert but it is also called back.

After the 2 crucial penalties, the Raiders are forced with a 4th and 11 in which they fail to convert and turn the ball over on downs. Following the turnover, Unity looked to seal the game with a TD and extra point, and two long gains made this seem as the outcome. Yet, the Raider defense held its ground, and a tackle for loss from Seth Reeves and a forced fumble gave the Raiders another chance to take the lead with 4mins left. Carter, following the turnover, fires a pass to Chris Merical for a 30 yard gain. This, followed by a 12 yard gain by Landon Smith, landed the Raiders in scoring distance with 1:20 left in the game down 2. Carter, on a scramble, gives the Raiders the lead with 48 seconds left in the game 18-14. On Unity’s final attempt to win the game their drive is stopped short by a strip from Brantley Hill sealing the Raider Victory 18-14 on 8th grade night.
– Dylan Scruggs